Why students are skipping school this month

Beginning Thursday last week, students across Australia walked, and continue to trot off school grounds – for a few hours, to a day, to up to a week. Unlike previous student protests, however, 'School Strike 4 Climate Action' is far from what some might label a cynical, adult-driven ploy. The Australian Youth Climate Coalition (AYCC), the organisation that has helped organise it, says it is truly student-led.

The protest will culminate with students, many of whom are members of the AYCC – an anti-climate change advocacy group founded by two young women in 2006 – protesting at lunchtime at state parliaments in Melbourne, Brisbane and Sydney on November 30. They are calling for an end to the government's investment in fossil fuels, including in the Adani coal mine, and a move toward 100 per cent renewable energy sources.

Jean Hinchliffe, 15, a Year 9 student at academically-selective Fort Street High School, is a leader of the Sydney-based charge. Also a member of GetUp, she said she first heard about the protest through the left-wing lobby group. "It's definitely not just a day off school," she said. "It makes a statement that we're willing to sacrifice our education, even just for a day, to protest this issue..."

In a promotional video for the Victorian leg of the strike, its national co-initiator, Harriet O'Shea Carre, 14, from Castlemaine in central Victoria, said "I think that everyone can make a difference but particularly politicians: they have the most power..."

Fellow initiator Milou Albrecht added that she's concerned about climate change "because ... it's our futures ... we're going to have to be living with more bush fires and floods and droughts and we don't have a say, really."

Nimowei Johnson, 13, from the same town, says most of her classmates will be striking on November 30, and has urged others to join her. 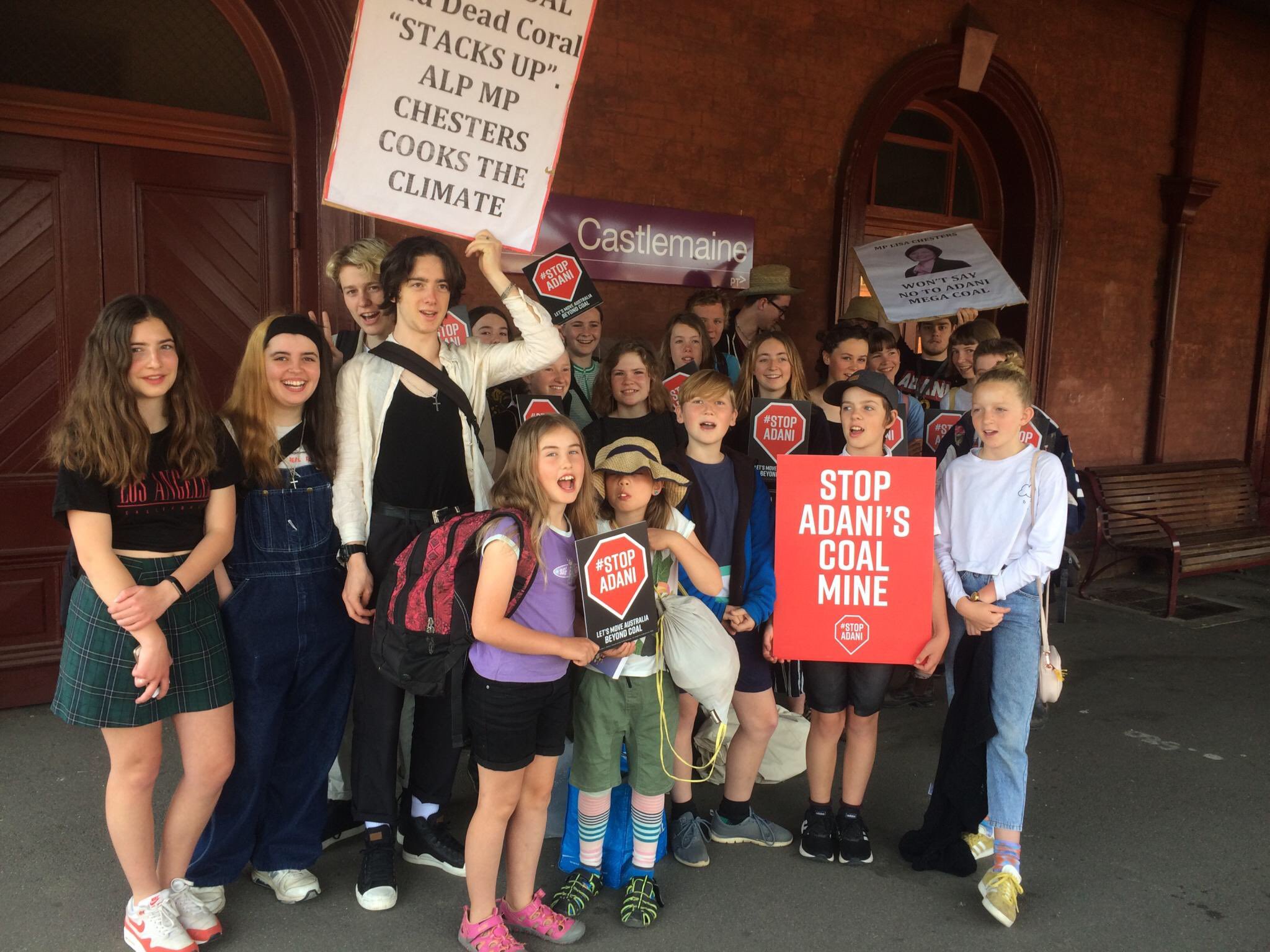 O'Shea Carre and Albrecht say they were inspired to strike for climate change action after seeing 15-year-old Swedish student, Greta, do the same thing. Now, together with students in major cities and those in far north Queensland, the Whitsundays, and country NSW, they're walking off for this cause.